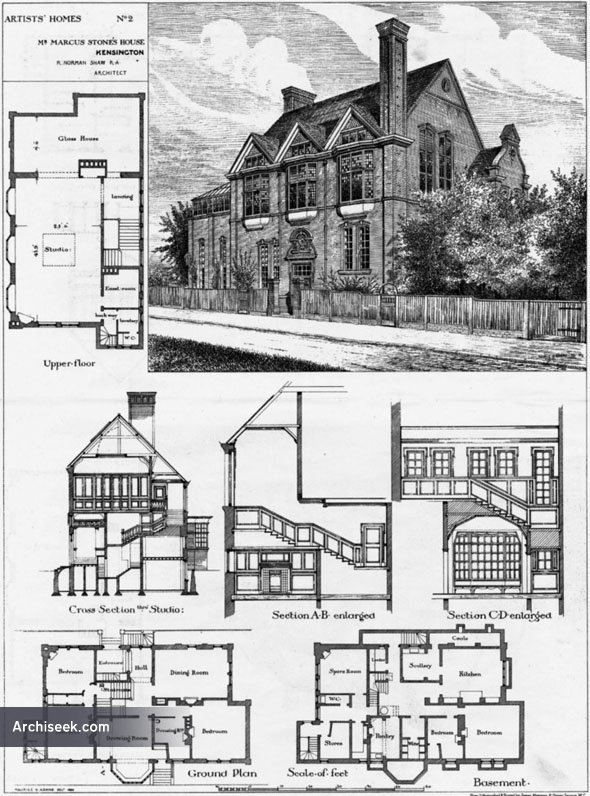 Perspective view, sections & plans published in The Building News, April 30th 1880. At 8 Melbury Road, lived Marcus Stone, the painter and illustrator. This redbrick house with its three oriel windows has survived intact. The ground floor is asymmetrical with narrow vertical windows, above which are three oriel windows cutting through the cornice.

Marcus Stone (1840-1921), English painter, son of Frank Stone, ARA, was trained by his father and began to exhibit at the Academy before he was eighteen; and a few years later he illustrated with much success books by Charles Dickens, Anthony Trollope, and other writers, friends of his family.He was elected an associate of the Royal Academy in 1877, and academician in 1887.