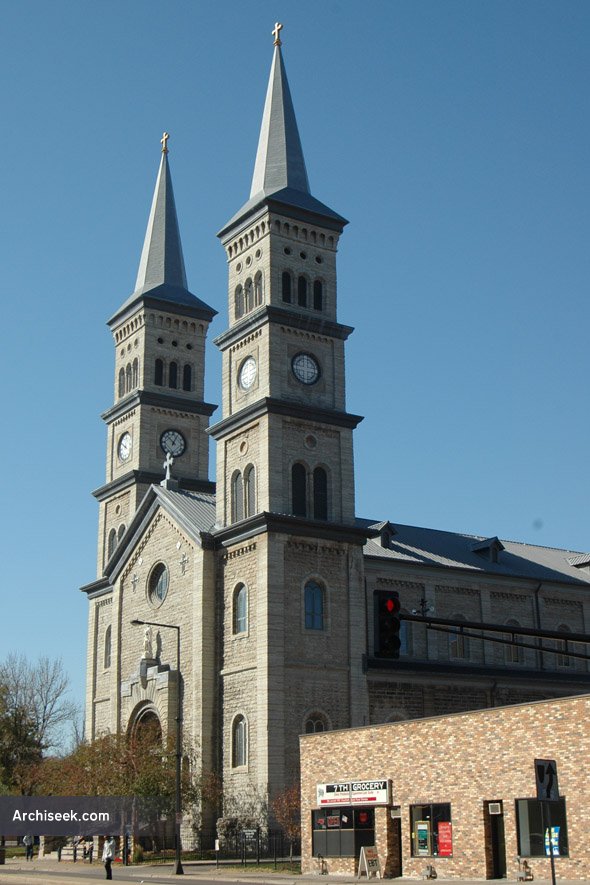 The Church of the Assumption was founded in 1856 by Bishop Joseph Cretin and served newly arrived immigrants from Ireland, France and Germany. Ground was broken for the first church on Aug. 15, 1856, the Feast of the Assumption, and the chuch sat just north of the present site.

By 1871, the parish had outgrown the building, and work began on the new church. The church’s construction was ordered by then Archbishop John Ireland, who wanted the city’s growing Catholic German immigrant population to have a parish of their own. Its Romanesque architecture – the towering twin spires, massive stone presence, rounded arches and apse over the altar-were modeled after the Ludwigkirche in Munich. The architect, Joseph Reidel was a court architect for the Wittelsbach family in Bavaria, Germany It was dedicated in 1874 and is the oldest existing church in St. Paul. The building is listed on the National Register of Historic Places.

The interior design of the church has remained substantially unchanged since the late 19th century. The statue of the Blessed Virgin Mary in the high altar came from the first church. There are shrines to Thérèse of Lisieux and Maria-Hilf; altars for the Blessed Mother and St. John the Baptist, St. Joseph, and St. Lawrence; tapestries of the Good Samaritan and the Sts. Peter and Clemens Society; and other works of art.