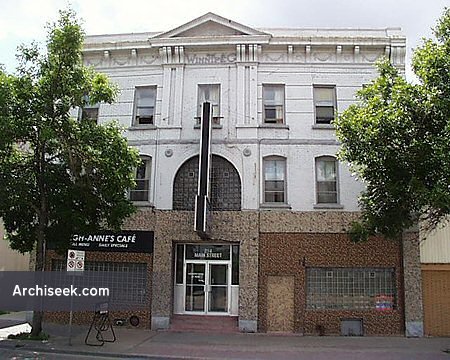 Small hotel building on Main Street, where there was once many due to the railway station. Although ruined at ground level, the upper floors still have a wealth of decorative brickwork. Originally called the Garry Saloon, and it was in 1881 that it was transformed into the existing hotel building seen today. Addition by Samuel Hooper, 1901.