1876 – New Buildings at the Corner of Chancery Lane & Holborn, London 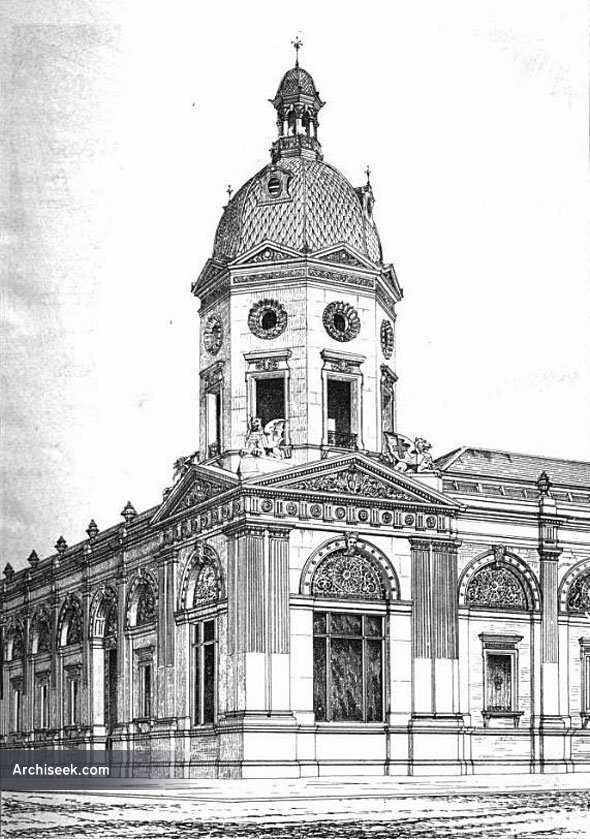 From The Architect and Contract Reporter, July 24 1869: The Metropolitan Market in Smithfield one of the recent additions to the architecture of the City of London consists of a rectangular block of buildings intersected by two great main avenues which cross one another at its centre. To avoid any danger of monotony the architect has wisely introduced at the four corners of his block of buildings the four towers one which we illustrate and the structure especially as seen from some distance owes much of its effectiveness to these features. As we hope to return to the subject we shall only now state that the Market was erected from the designs of the City architect Mr Horace Jones by Messrs Browne & Robinson, that it is built in brick with stone dressings and that a good deal of ornamental ironwork has been made use of by its architect.