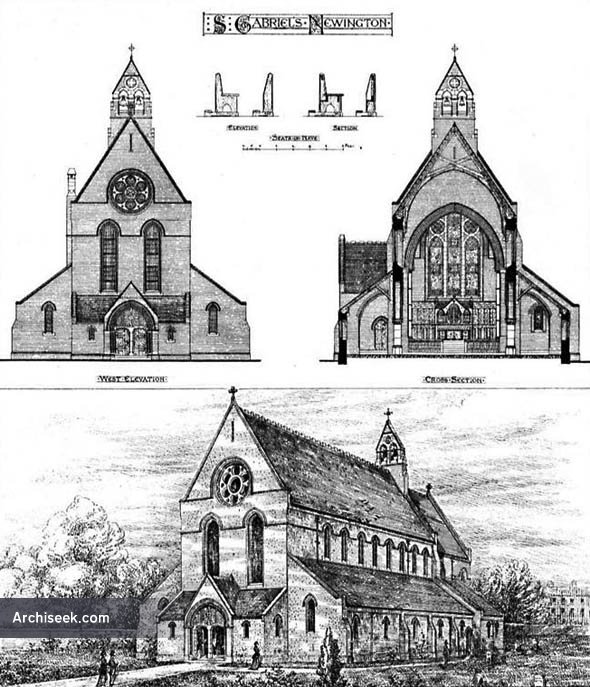 Perspective View, West Elevation, and Cross Section published in The Building News, September 26th 1873. “The foundation-stone of this church, of which
we give illustrations, will be laid on Monday next. The site on which it is being erected is in the chuchyard of S. Mary’s, Newington. For further particulars we refer our readers to the full account that was given in the Building News, August 22nd, 1873. The arches and piers on which the church stands were put in thus : — The piers were first built up to the springing level of tho arches ; the ground between the piers was then cut away at the soffit of where arches were to stand and at the proper curve, thus forming a centre, cut out of the earth for the arches. This was rendered with a coat of mortar to make the curves perfectly true. The brick rings were then built over, and it. has been found an economical and expeditious way of treating the matter. Tho architect from whose design the church is being built is Mr. J E.K. Cutts, of Hammersmith. “