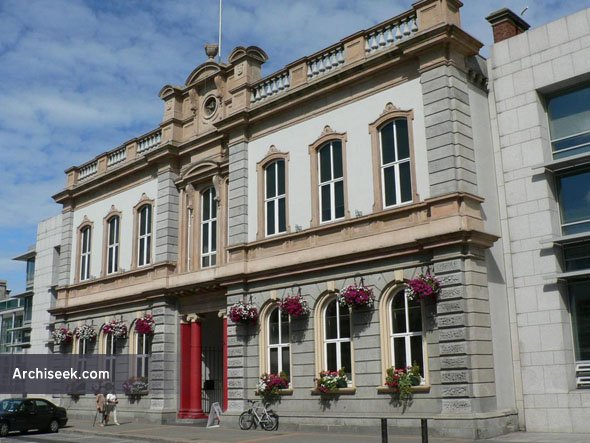 Built in 1859 for the Corn Exchange Company, but the cost of building it put the company into liquidation and so the Town Commissioners bought it for 4,000 pounds. The architect John Murray was commissioned to build it after an architecture competition that he failed to win, a common occurrence at the time. The building resembles a small palazzo, with a central entrance with Ionic columns and a Wyatt window above. Now surrounded by more modern additions. 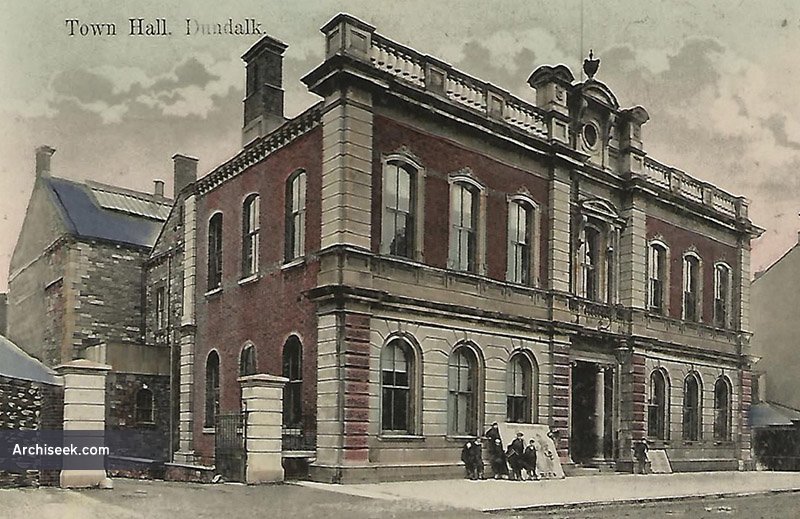 The upper floor of the main façade was originally bricked but was later rendered over, probably after the fire of 1946. That fire destroyed the concert hall, resulting in the present town theatre being built in an Art Deco fashion in c1950.