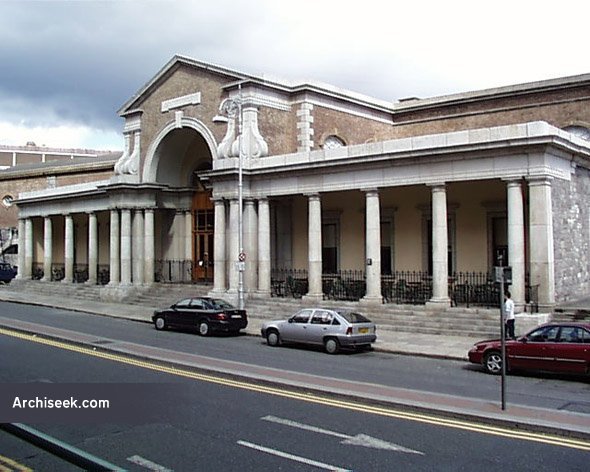 Built in 1859 as a railway terminus, Harcourt Street Station was in use for almost exactly 100 years closing in 1959. A monumental design on a plinth of steps, with a central monumental arched flanked by two colonnades of columns – the original platforms were at first floor level as the railway line was built on an embankment. On one occasion the train from Bray failed to stop and the locomotive plunged out through the end wall of the station into the street below providing one of the most enduring images of the station. The station design is characterised by large simple details such as the cobells ‘supporting’ the central portico above the paired columns.

Beneath the station shed are excellent arched vaults originally designed as a bonded spirit store and now housing a wine merchants and one of Dublin’s trendiest nightspots. The main front part of the building was renovated and cleaned and for a time was an enormous bar which looked and felt bigger that the external dimensions of the station would suggest. The bar design managed to be sympathetic to the original design suggesting a large ‘Gentleman’s Club’ of the Victorian era without descending to pastiche. Now offices. 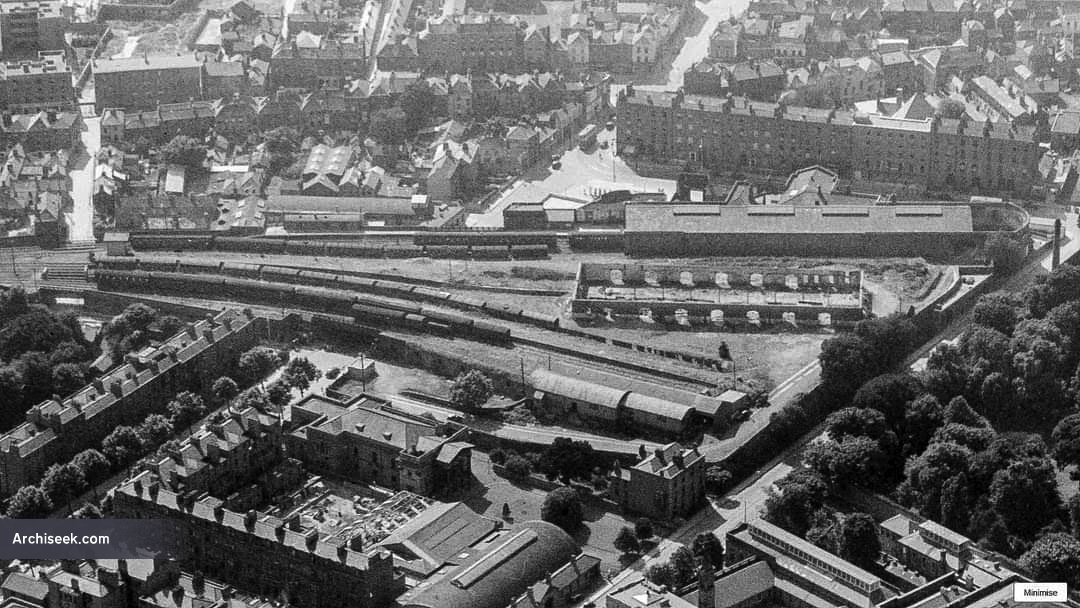 The rear of the station has various store buildings which were accessible from a raised ramp off Harcourt Road. Over time these have been redeveloped, these stores were quite large containing many brick archways from area to area and were used by Dunlop for many years.