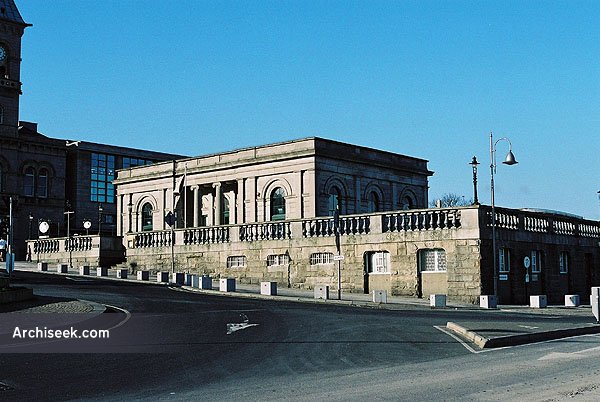 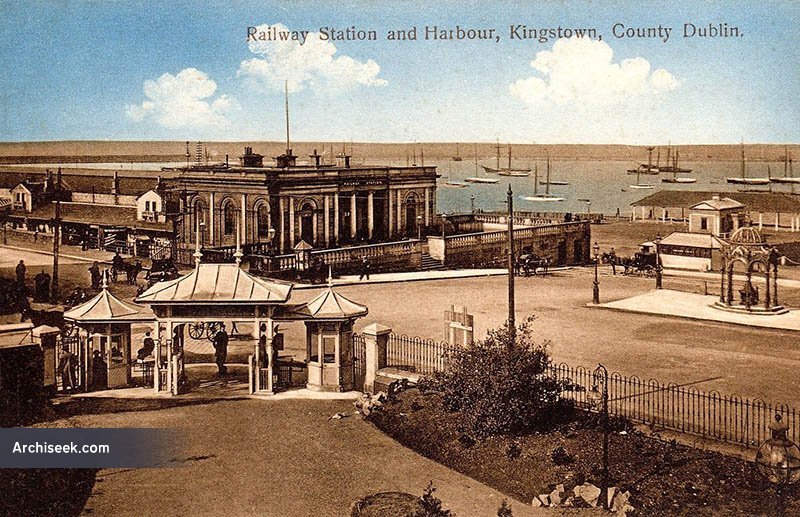 Opened in 1842 by the Dublin & Kingstown Railway Company, with further works in 1854, this is the third building along the waterfront by John Skipton Mulvany. Built over an above-ground basement which contained the services of the station, the fine neo-classical pavilion is now an upscale restaurant.