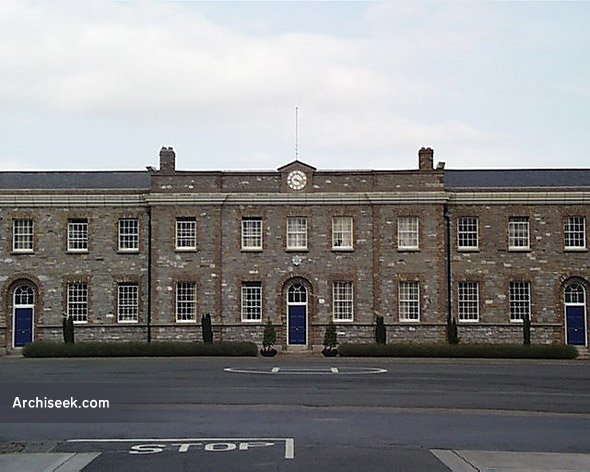 In 1836 the old County or Provincial Constabulary forces of Ireland were merged in a new centralised Constabulary of Ireland. The Phoenix Park in Dublin was chosen as the most suitable central location for the new Constabulary Depot and by the end of 1839, Jacob Owen of the Office of Public Works had plans ready for a barracks to cost over £10,000. Owen had also designed the nearby Arbour Hill Prison. The main buildings which were completed in 1842 survive virtually unchanged to this day. The main buildings front on to the former parade ground – now used for parking cars.

In 1861 an old sunken perimeter fence was replaced by the present railings. Extensive alterations were carried out in the 1860’s when the officers’ mess and a cavalry barracks were built. Inside the gates is a monument to members of the Garda Siochana who have died on duty.