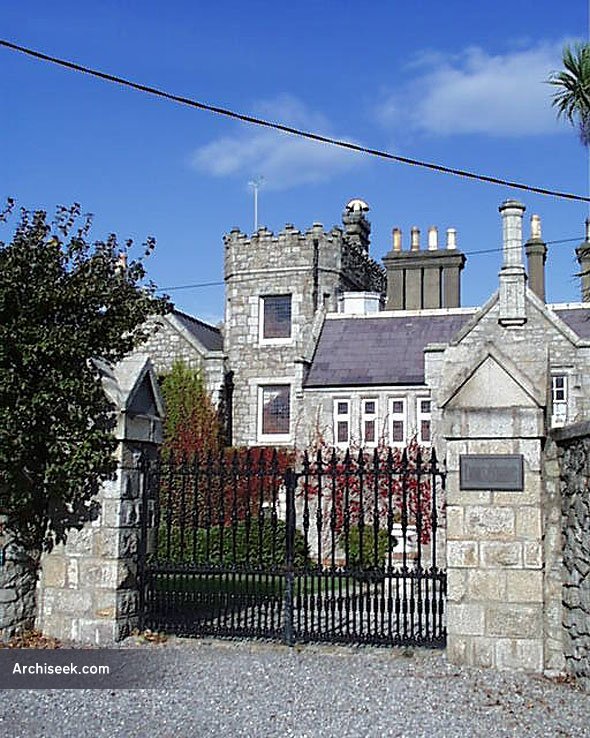 Tudor-style house built in a robust asymmetrical design overlooking Dublin bay. The house was built in 1847 by a very wealthy Dublin physician named Sir Dominic Corrigan, who was based in No. 4 Merrion Square, as a summer retreat. It was later home to John L. Robinson, the architect of Dun Laoghaire town hall. The house has a private harbour.