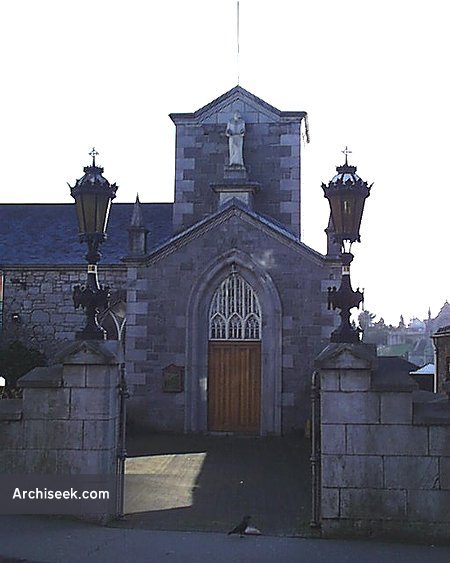 No trace of the medieval Franciscan Friary of Drogheda survives. In 1798 the Franciscans moved to the present site in Laurence Street. In 1829 work began on a new church, which was opened in 1830. The church was built into the steep slope that rises from the quay towards Laurence St. and occupies the site of the original friary. The Church has entrances at ground and gallery level.

During the late nineteenth century, weapons belonging to the Fenian movement were stored in the friary. They were finally discovered in 1990 when a new roof was being put on the Franciscan Friary having long been forgotten.