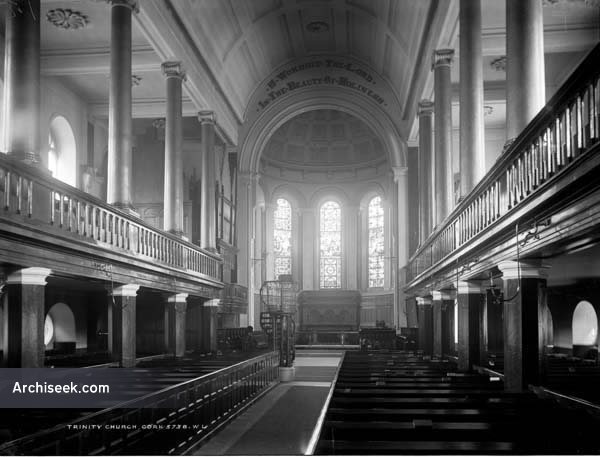 Also known as Holy Trinity Church. Originally constructed in 1720 to a design by John Coltsman. By the 1820s, it was in a poor state of repair, and an architectural competition was held for its replacement. Won by George Pain, he was awarded a contract but only for the removal of the tower and steeple, remodeling of the west front, and internal alterations. The fine galleried interior is largely from this time, although with some earlier monuments. The chancel and apse was added around 1878 by William H. Hill. The exterior is quite stark, an enormous gable above three round-headed windows at first floor level above a columned entrance-way flanked by windows.

With declining membership, Christ Church closed in 1978, and is now part of the Triskel Arts Centre and used for performances.