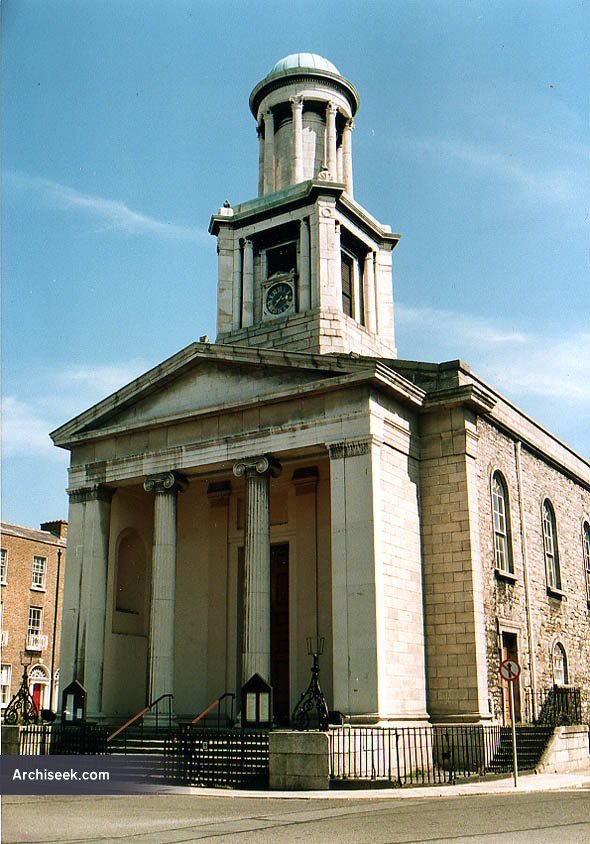 Centred in the middle of Mount Street Crescent, St Stephens’ is better known to Dubliners as the Peppercanister due its distinctive spire. Started in 1821 and designed by John Bowden, and completed by his student Joseph Welland of the First Fruits Board after his death.

The rear and side of the building are simply treated with round headed windows and a circular apse. The front receives the bulk of the design work as it ends the magnificent vista of the south side of Merrion Square from Leinster House. St Stephens is still in use for services and occasionally for concerts and recitals. 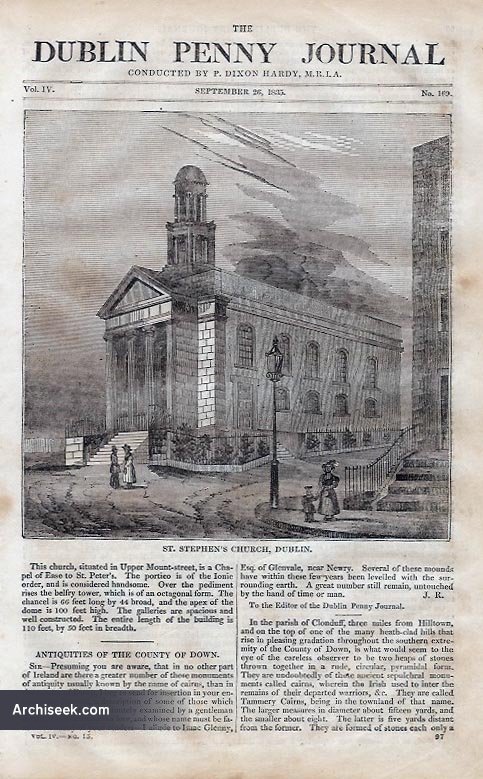 Described in 1837, “The chapel in Upper Mount-street, dedicated to St. Stephen, is an elegant structure. The portico is of the Ionic order; over the pediment rises the belfry tower, of octangular form, covered with a cupola, the apex of which is 100 feet high”

The facade has a simple unadorned pediment supported by two central Doric columns . Above this breaks the pepperpot spire with its familiar copper clad dome. The entrance is exaggerated by using an overly tall doorway.