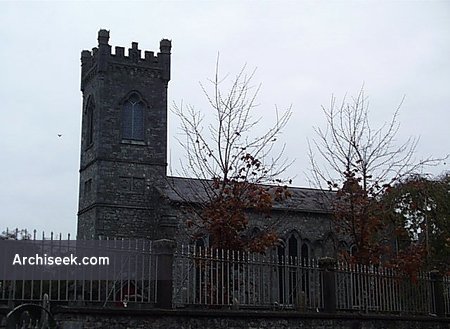 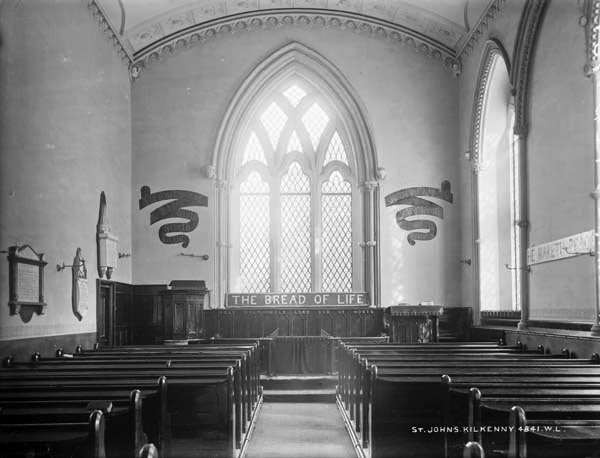 Priory with medieval roots, much of the original church was demolished or incorporated into this small parish church. The Augustine priory was founded by William Le Mareschal in c.1220. In 1540, during the reformation, King Henry VIII suppressed the priory and granted the buildings and land to the Mayor and citizens of Kilkenny. By 1645 an order of Jesuit monks were using the priory as a college or seminary but they were driven out by Cromwell a few years later and the abbey fell into disuse.

It has the standard arrangement of nave and tower identified as a hallmark of churches sponsored by the Board of First Fruits. The interior was also typical of the First Fruits’ churches: a relatively small, aisleless hall, with some Gothic features.