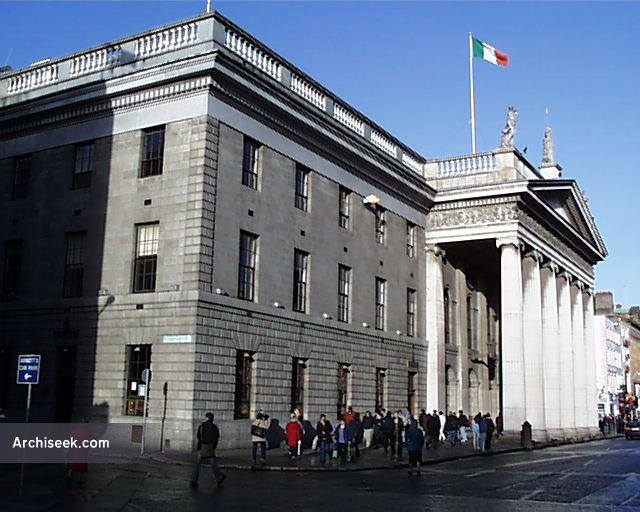 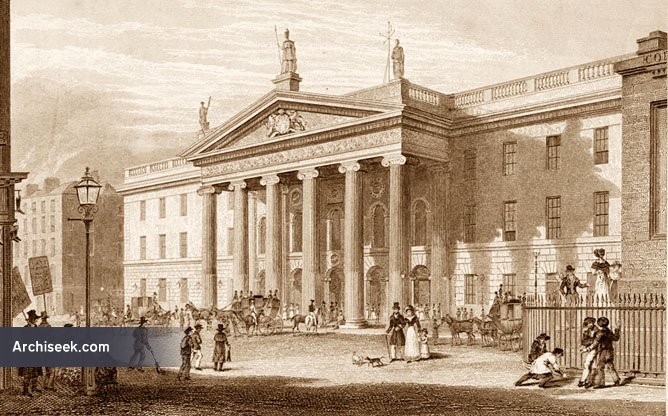 Built in 1814 and sited in the centre of Dublin’s main thoroughfare – O’Connell Street, the General Post Office was designed by Francis Johnston. Originally the building was faced by Nelson’s Column which was blown up in the 1960s. This has now been replaced by the Dublin Spire.

Described by Lewis in 1837, “The General Post-Office, situated in Sackville-street, is a very fine building of granite, 223 feet in length, 150 feet in depth, and three stories high. In the centre of the front is a boldly projecting portico of six fluted Ionic columns supporting an entablature and cornice, which are continued round the building and surmounted by a triangular pediment, in the tympanum of which are the Royal arms, and on the apex a figure of Hibernia, with one of Mercury on the right, and of Fidelity on the left; the whole of the building is crowned with a fine balustrade rising above the cornice. This structure was raised under the direction of Mr. Francis Johnston, architect, at an expense of £50,000. Over the mantel-piece in the Board-room is a marble bust of Earl Whitworth, by whom the first stone was laid in 1815.”

The building’s main feature is the huge hexastyle Ionic portico over the pavement and which spans the five central bays. The frieze is heavily carved and topped by a huge dentil frieze and balustrade (recently replaced). To each side of the portico are five further bays. Above the portico are three statues by John Smyth – Fidelity, Hibernia (central) and Mercury. 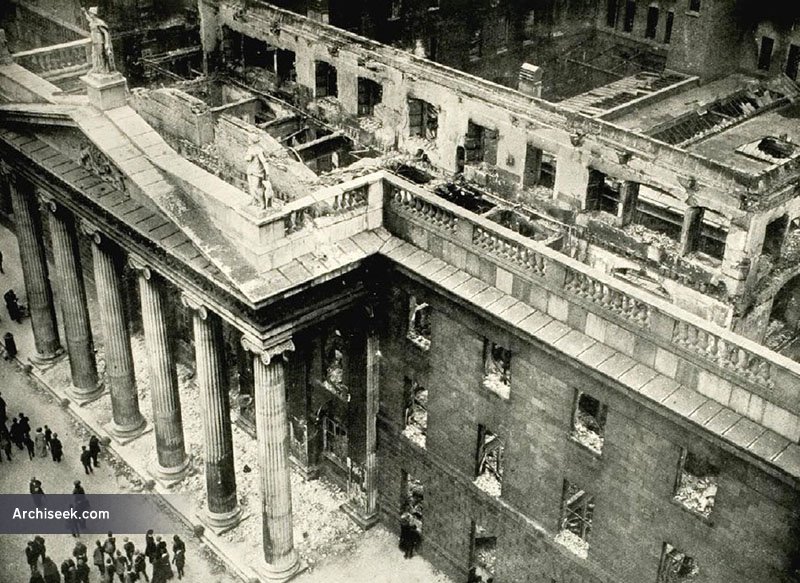 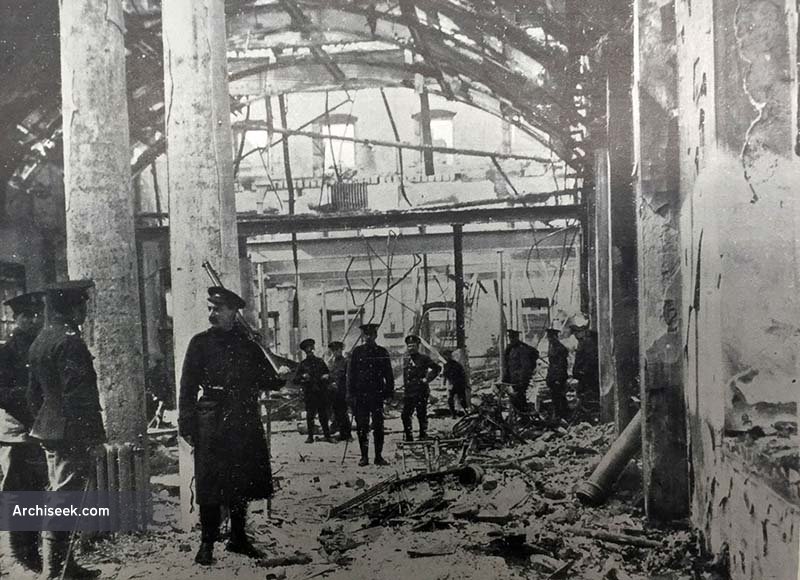 The GPO has a special place in Irish and Dublin history being the focal point of the Easter Rising of 1916. it was here that the Proclamation of Independence was read and the building was gutted in the battle (as was most of Lower O’Connell Street). A statue inside the building commemorates the rising – Cúchulainn by Oliver Shepherd.

The interior contains a large open postal hall with an elevated mezzanine level over the counters. An elaborate coffered ceiling with Grecian designs floats serenely overhead.