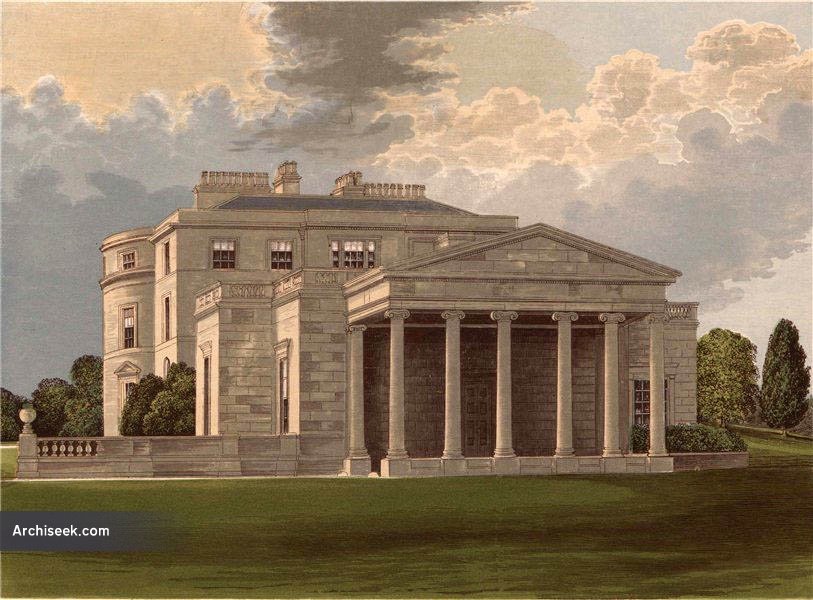 The estate was bought from the seventh Earl of Cork for £94,400 by James Alexander (later first Earl of Caledon) in 1776. Between 1806 and 1811 the first Earl of Caledon spent over £17,000 when he employed the celebrated English architect, John Nash, to extend and repair Caledon House.

His proposals were ambitious, and his first contract, dated February 1806, included “two domed pavilions, one at each end of the present house, advancing forward in the point of the same and enclosing between the two wings with columns forming a colonnade connecting the said wings….” as well as a new library and alterations to the earls private apartments. Three years later, in July 1809, Nash gave an estimate for the repairs which were required in the Earl of Cork’s original part of the house, and these included new ceilings, windows and doors in the old library, drawing room, parlour and dining room.

A few years later, the quality of Nash’s work resulted in a disagreement between Nash and the earl, over the architect’s final account, and were exacerbated when the earl held Nash to account for the leaks which began to appear around the new domes. The problems obviously continued, and four years later, in 1816, Nash was still involved in trying to remedy them.