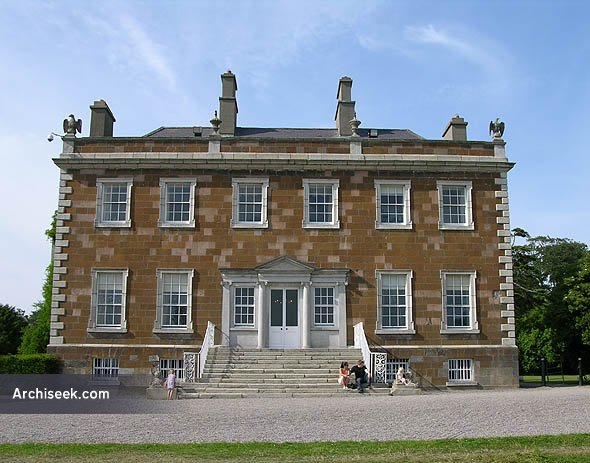 Newbridge House is a very fine example of a Georgian mansion within Newbridge Demesne Regional Park. It was built by Archbishop Charles Cobbe in 1736 and remained the family home of the Cobbe family until 1985 when it was acquired by the County Council. The architecture of the house has been attributed to George Semple (1700-1782) and to the Scottish architect, James Gibbs (1682-1754). Thomas Cobbe, son of the archbishop, inherited Newbridge house in 1765 and added the large drawing room in the rear of the building which retains an ornate Rococo-style plaster work ceiling by Robert West from around 1790.