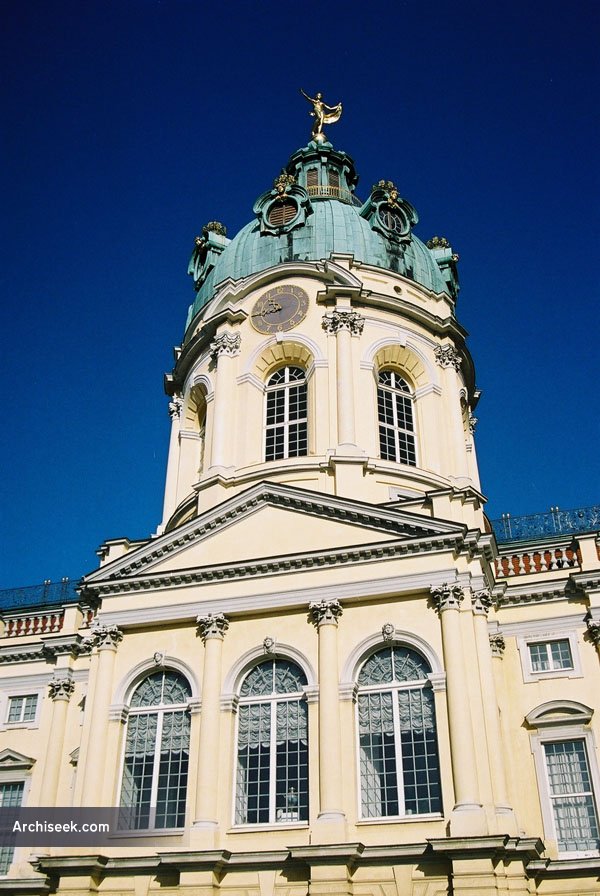 The Charlottenburg palace is the largest palace in Berlin and was built in several stages. The original, central part was constructed between 1695 and 1699 and was intended as the summer home for Sophie Charlotte, Elector Frederick III’s wife. The palace was expanded after Frederick became the first Prussian King, Friedrich I as a residence more suitable for a court and court functions. Swedish architect Johann Eosander von Göthe supervised the expansion, which included the addition of the cupola and the construction of the orangerie. The east wing was added between 1740 and 1746 by Frederick the Great (King Friedrich II).

Severely damaged by bombing in 1943, the palace was meticulously reconstructed after the war. The splendid interiors like the Eichengallerie, a 1713 gallery lined with oil paintings and the Porzellan-kabinett, with a fine display of Chinese and Japanese porcelain are remarkably well restored. Also noteworthy are the Schlosskapelle – the palace’s small chapel, the Weisser Saal, the rococo style Goldene Galerie and the Galerie der Romantik, with a collection of works of German Romantics.