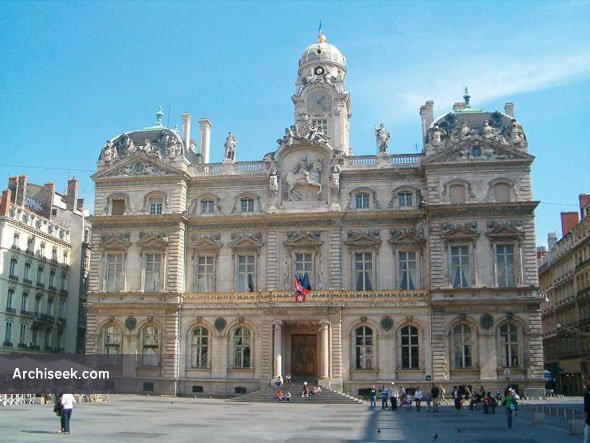 The Town Hall on place des Terreaux, was rebuilt in 1674 after a fire, by architects Jules Hardouin-Mansart and Robert de Cotte. In 1792 during the French Revolution, the half-relief of Louis XIV on horseback, in the middle of the facade was removed and replaced only during the Restoration by Henry IV of France, in the same posture