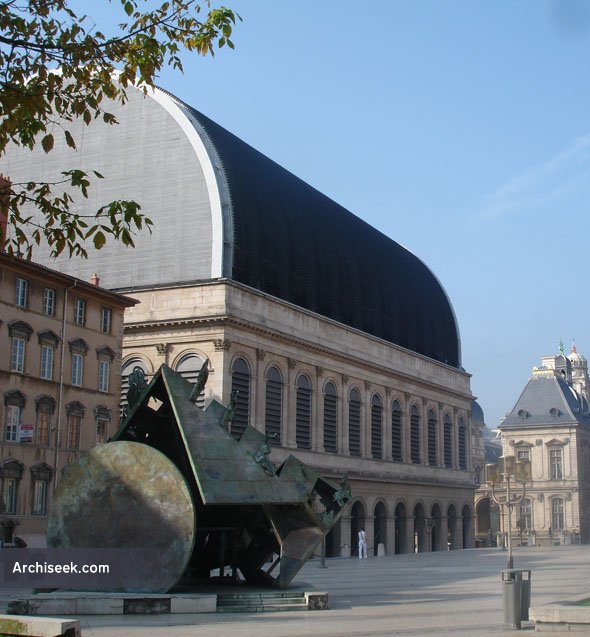 In 1756, one of the first opera houses created inside an existing freestanding building was opened in Lyon. It was designed by Jacques-Germain Soufflot, the architect of the Panthéon in Paris. By the early 19th century it was found to be too small, and Antoine-Marie Chenavard and Jean-Marie Pollet erected the new Lyon theatre which opened in 1831.

In 1985 that the City decided to once again re-build the opera house, but this time it was to be within the shell of the existing 1831 building. One of France’s most distinguished architects, Jean Nouvel, was commissioned to create the house.

To enlarge and renovate Lyon’s opera house, Nouvel kept its 19th-century façade and added an arched glass roof and six-level basement. The new grand hall comprises five stories that seat 1,100 people (up from 800), and is suspended 10 meters (33 feet) from the ground to isolate it from the rumbling of the metro and street traffic. A basement amphitheater seats another 200 people. The arched roof covers the ballet rehearsal studio, whose floor-to-ceiling windows overlook the heart of the city.