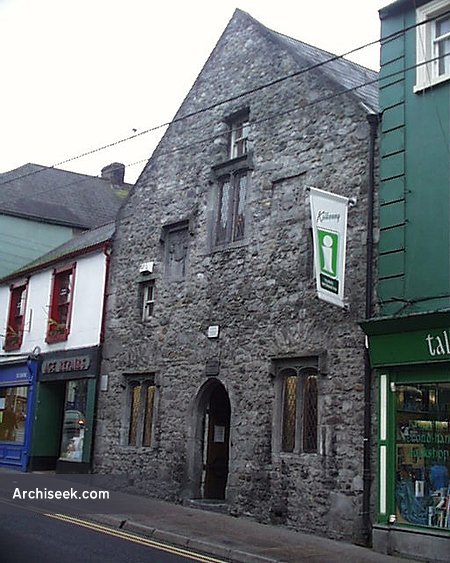 The Shees were a wealthy merchant family in Kilkenny in the sixteenth century much like the Rothes who built Rothe House. In 1582, Sir Richard Shee founded the alms house ‘to accommodate twelve poor persons’.

The last record of any inmates in the house date back to 1830. The Alms house was in 1978 acquired by Kilkenny Corporation and restored to its original condition. In 1981 it was reopened as the present tourist office in the city. It is one of the few remaining Tudor alms houses in Ireland.