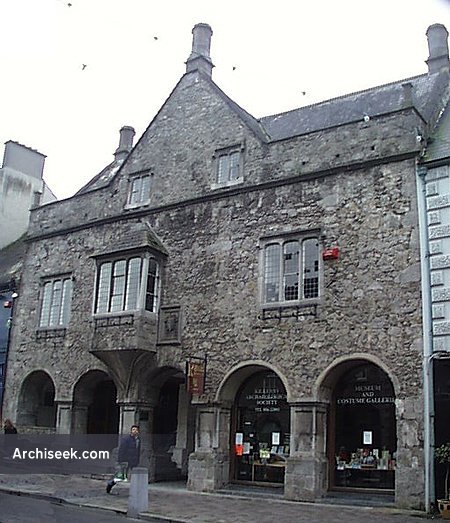 In 1594 a wealthy merchant called John Rothe built this magnificent Tudor mansion. Second and third generation houses were built around the cobelled courtyards and a well dating to 1604. The façade houses shops, one of them was John Rothe’s own. During the Confederation of Kilkenny, many dignitaries were entertained here by John Rothe and his cousin, the Bishop of Ossory. The building has been restored magnificently and is now home to Kilkenny Archaeological Society.