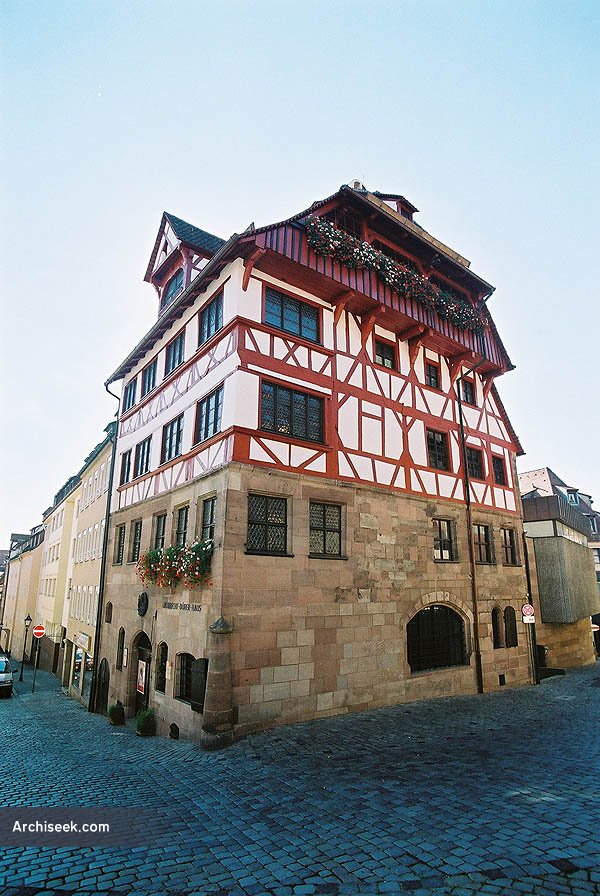 A native Nuremberger, Albrecht Dürer lived here from 1509 until his death in 1528. The house was bought by the city in 1828. Typical of the half-timbered burghers’ houses of the 15th century, the structure is the only completely preserved Gothic house in Nürnberg. The first floors are sandstone, surmounted by two half-timbered stories and a gabled roof with a view of the town below. Exhibits inside the house are devoted to Dürer ‘s life and works. Many of the rooms are furnished with important historical pieces and contain original etchings and woodcuts, plus copies of Dürer ‘s paintings.

During the Second World War, a high explosive bomb landed just outside the house, causing serious damage but relative to other buildings in the city comparitively unscathed.