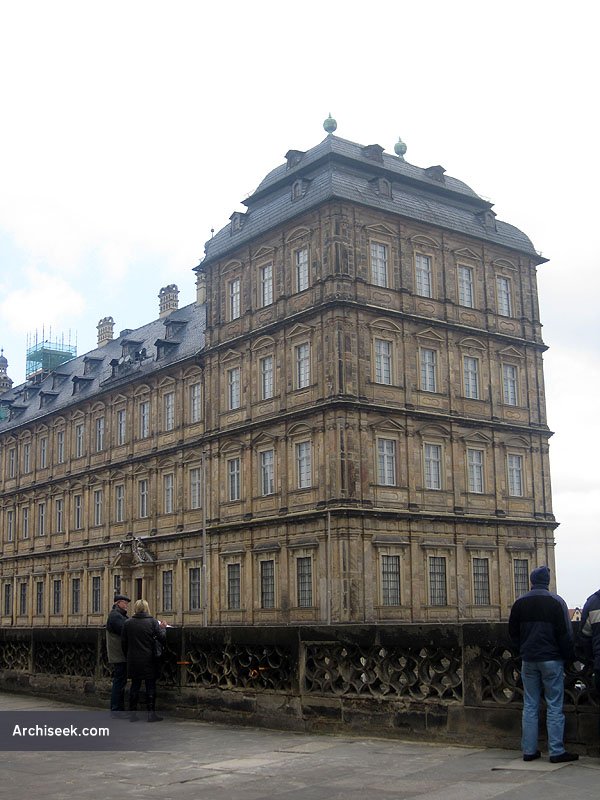 The Neue Residenz, constructed between 1695-1704 by J.L. Dientzenhofer and considered his greatest work. Intended as a much larger palace for the prince-bishops, superceding the Alte Hofhaltung, the design shows both Renaissance and baroque influences,

The palace was the site of one of the most famous unsolved mysteries in Germany. In 1815, a corpse found beneath the windows of the palace turned out to be the body of Marshal Berthier, Napoleon’s chief of staff, who retired here after Napoleon was exiled to Elba. It is unknown whether Berthier was murdered or committed suicide.

The Bamberg State Library is housed in the east wing of the Residenz.