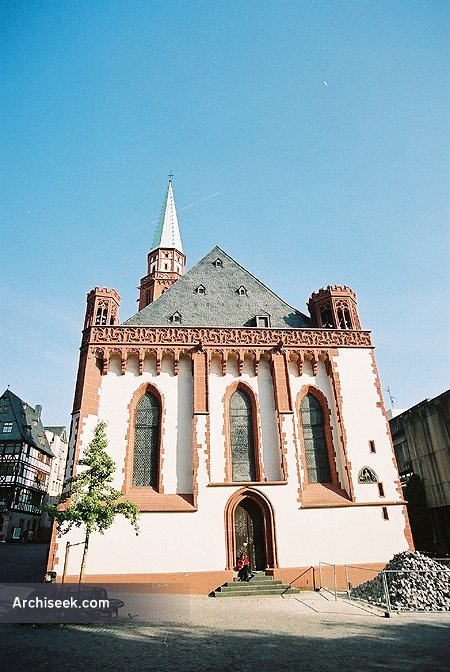 Dedicated to St. Nikolai (Nicholas) patron saint of boatmen. The church was built in 1290 to replace the court chapel in the Saalhof. Extensive renovations in the mid 1400s gave the church its present high tower and steep roof. During the late middle ages, a trumpeter was stationed in the tower and greeted arriving boats with a blast of his horn. The gallery with balustrade and projecting platforms was used by dignitaries as a viewing point for the tournaments, plays and imperial coronations that took place in the Roemerberg below.