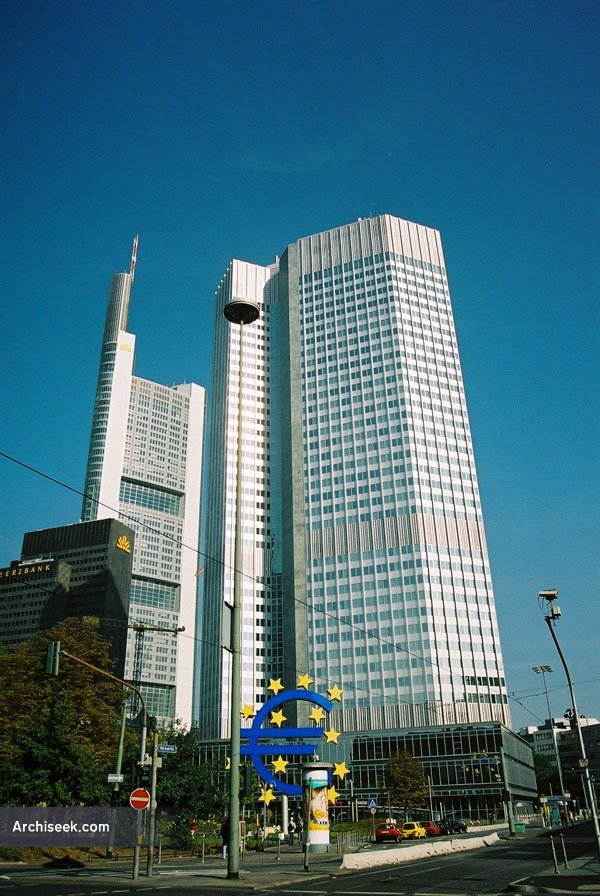 The European Central Bank is the main tenant of the building although they have plans to leave the Eurotower due to space constraints. The personnel of the ECB are also distributed to two other skyscrapers in the financial district because of limited space in the Eurotower. The ECB plans to build a new headquarter in the eastern part of Frankfurt to bring together all personnel in one place. Construction of the new tower started in 2008 with a completion date for 2011.