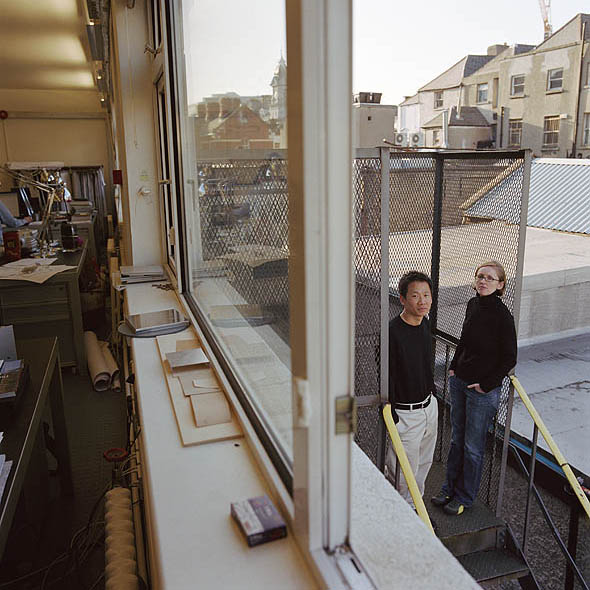 The University of Greenwich has announced its intention to appoint award-winning Heneghan Peng Architects to design a new campus library and a home for its School of Architecture & Construction. The development will be based in Greenwich town centre, within a UNESCO World Heritage Site. A selection panel chaired by the distinguished architect Lord Rogers chose the practice from a shortlist of seven; over 70 expressions of interest were submitted.

Heneghan Peng Architects has a track record of working in important and sensitive architectural settings and this is its fourth commission in a World Heritage Site. It has designed the visitors’ centre for the Giant’s Causeway in Northern Ireland, the Grand Museum of Egypt at the Pyramids and a bridge across the Rhine Valley in Germany. Other current projects include a river bridge for the London 2012 Games, linking the Olympic Stadium to the Aquatic Centre and Basketball Arena, and the extension and refurbishment of the National Gallery in Ireland.

Baroness Blackstone, Vice-Chancellor of the University of Greenwich, says: “This is an outstanding opportunity for us to commission an inspiring piece of contemporary architecture for Greenwich. I am delighted that we are to appoint Roisin Heneghan and Shih-Fu Peng. They lead an exciting young practice with a growing reputation and several landmark buildings completed or in the course of construction.”

Speaking for the practice, Roisin Heneghan and Shih-Fu Peng said “It is a dream and a privilege for an architect to be given the opportunity to be a part of this project on such an important site in the town of Greenwich. We look forward to working with the University of Greenwich and the local community to create a building that can provide a platform for the highest educational standards and make a positive contribution to the town and its residents.”

The university’s plans for the development of the site are at an early stage. As part of the development process, the university will consult local residents, businesses and other neighbouring organisations. The first students and staff are scheduled to move onto the site by the start of the academic year 2013/14. In the meantime, the university has been busy clearing the site, surveying buildings and rationalising services such as water and gas. A programme of enabling works, including the removal of the existing, dilapidated, buildings on the site, is planned. This will be followed by essential investigations such as archaeological digs, geological surveys and a study of land contamination.