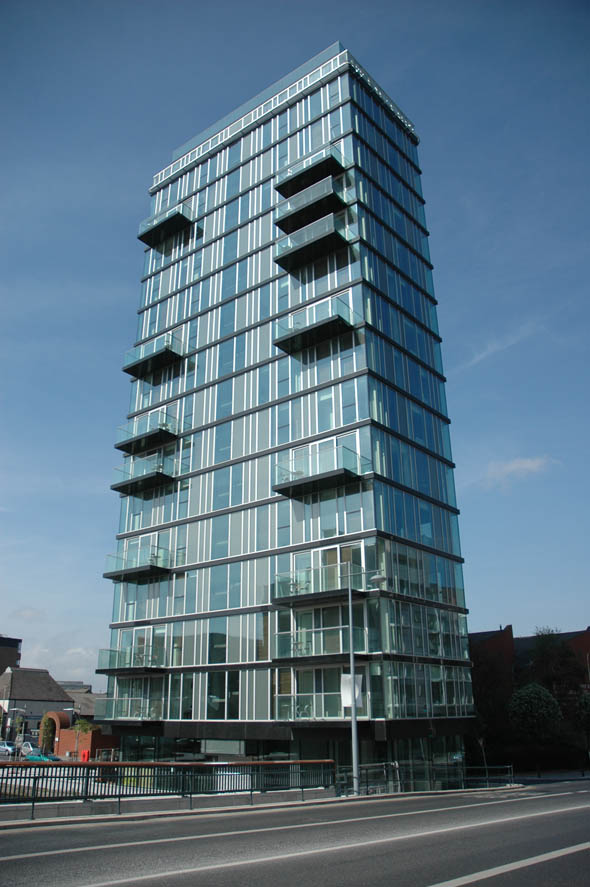 Two contemporary works of architecture in Dublin, the Alto Vetro residential tower on Grand Canal Quay and the Elmpark complex on Merrion Road, have won awards from the Chicago Athenaeum Museum of Architecture and Design. They are among 97 distinguished projects and major urban schemes worldwide selected for this year’s International Architecture Awards – billed as “the most important barometer for the future direction of new architectural design and thinking today”.

Co-presented by the Chicago Athenaeum and the European Centre for Architecture, Art, Design and Urban Studies, this year’s award winners were chosen by an all-Finnish architectural jury from hundreds of submissions. The 16-storey Alto Vetro tower was designed for Treasury Holdings by Shay Cleary Architects, while the mixed-use Elmpark scheme is by Bucholz McEvoy Architects. Its client was Radora Developments Ltd, headed by builder-developer Bernard McNamara.

Coincidentally, Merritt Bucholz was born in Chicago; he set up practice with his wife Karen McEvoy and now heads the University of Limerick’s School of Architecture. Their projects include Fingal County Hall and Limerick County Council’s headquarters in Dooradoyle.