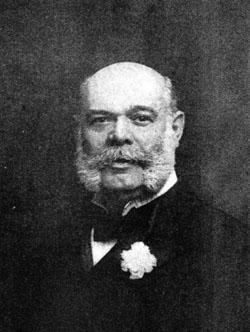 Thomas William Cutler worked in his father’s office in London for six years and studied at King’s College, the Royal Academy Schools and the South Kensington Schools. He commenced independent practice in 1866, and was working with John Salmon Quilter and John Farrer at 9 Conduit Street c.1873 when he was admitted ARIBA. He was elevated to FRIBA in 1879. He died in 1909.