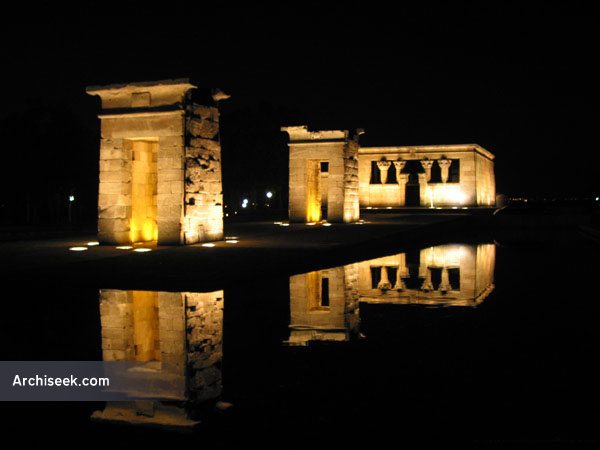 This authentic Egyptian temple was built in the fourth century B.C. at the village of Debod, near the sacred temple island of Philae. The Debod Temple was dedicated to the gods Amon and Isis. With the construction of the Aswan High Dam in Egypt between 1960 and 1970, many historical monuments were in danger of being flooded. Spanish engineers helped the Egyptian government to move these monuments to safe areas. In 1968 Egypt donated one of these monuments, the Templo de Debod, to Spain in recognition of their support.