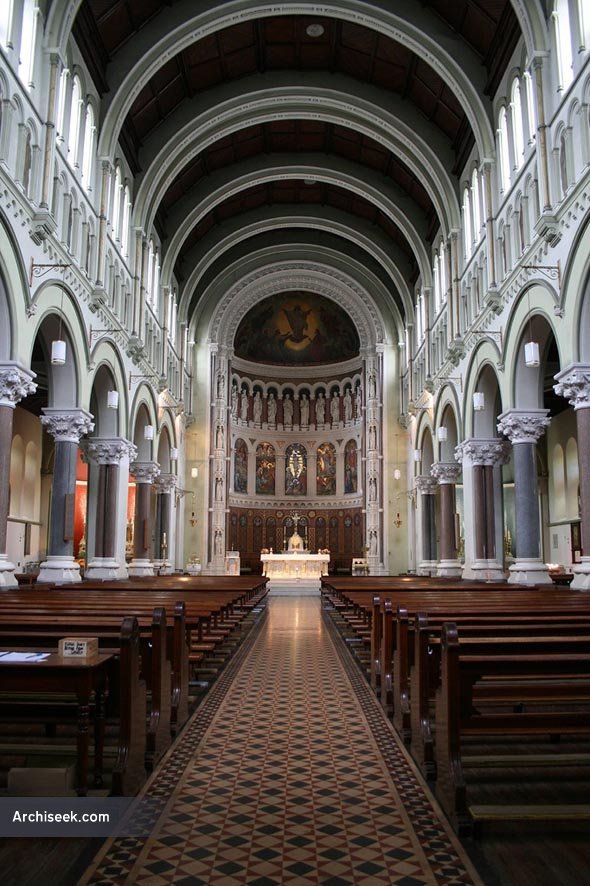 Construction took so long that both the original architect, O’Callaghan working in anusual style for him, and the replacement, Ashlin, had died. A robust romanesque style, the interior was richly decorated by Ashlin using Oppenheimer of Manchester. Designed in 1875 but construction not completed until 1934. The interior lost its original pulpit during the 1970s, when it was dismantled and reused to support the tabernacle. With the nearby Italianate churches at Carrick-on-suir and the cathedral in Thurles, this is one of a cluster of fine 19th century churches in a stylistic vein.