1929 – Our Lady of the Wayside Church, Kilternan, Co. Dublin 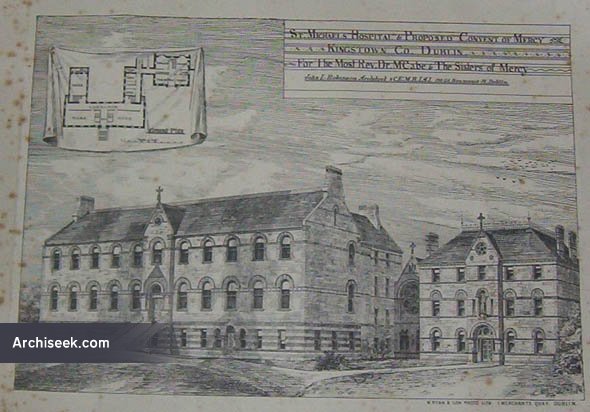 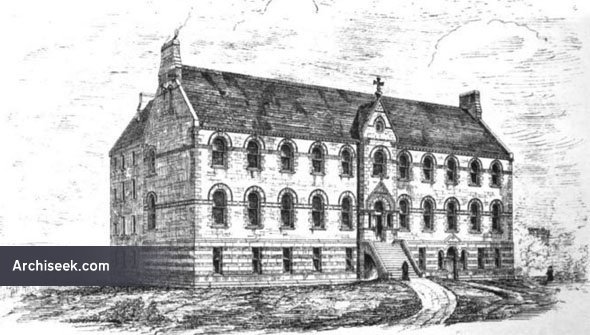 From The Architect, November 20, 1875: Thiis another charitable institution managed by the Sisters of Mercy at the desire of the Very Rev. Monsignor McCabe, P.P., to meet the wants of the poor at Kingstown. It has been greatly needed for several years, as sufferers by accidents have had to be brought to Dublin, seven miles distance, the long journey often rendering their recovery impossible. There will be a dispensary and four wards, with operation theatre, &c. The hospital is situated in the centre of the town, occupying the site of the old Town Hall. The Town Commissioners having ceded it for the above use are about to erect a new Town Hall and Court House on another site.

The materials used are Dalkey granite with black limestone bands. The quoins and window dressings are of white brick; red brick is used sparingly in the arches. The light blue of the granite, and buff and red bricks form a very agreeable contrast. Messrs. Meade & Son are the contractors. The portion of the building in course of erection will accommodate about 40 patients, at a cost of about 0,000/. Mr. John L. Robinson is also the architect of this building.