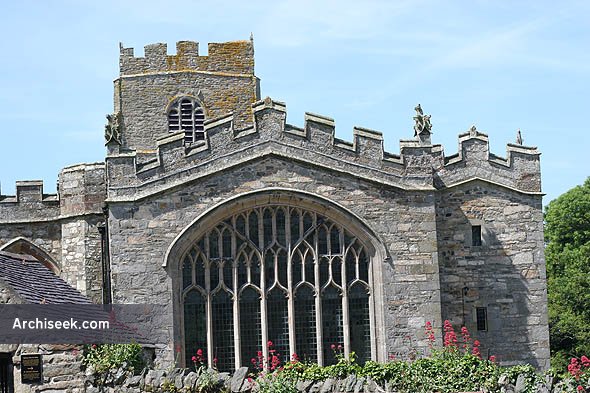 Clynnog Fawr, often simply called “Clynnog”, is a village on the north coast of the Lleyn Peninsula in north-west Wales. The site is said to be that of a Celtic monastery founded by Beuno in the early 7th century. It developed into an important foundation and some Welsh law manuscripts specify that the Abbot of Clynnog was entitled to a seat at the court of the king of Gwynedd. The church is recorded as being burnt in 978 by the Vikings and later burnt again by the Normans. By the end of the 15th century it was a collegiate church, one of only six in Wales.