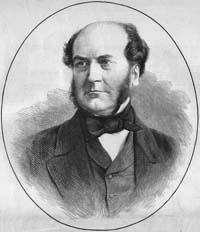 A proponent of the Ecclesiological principles of church design, he developed the ability to blend elements from disparate architectural sources. Dedicated to the historic preservation of medieval buildings, Scott helped restore many churches throughout Europe. Scott was the most prolific architect of the Gothic revival designing nearly 1000 buildings alone or with his practice. Among the approximately 850 buildings that Scott solely designed, restored, or otherwise influenced are 39 cathedrals and minsters, around 500 churches, and many academic buildings. Scott’s pupils included George Edmund Street, William White and G.F. Bodley George Gilbert Scott won a Royal Gold Medal in 1859, became Professor of Architecture at the Royal Academy (1866-1873), and was knighted in 1872.