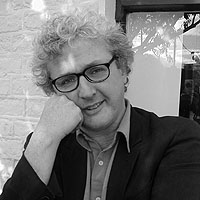 Studied at University College Dublin, graduating 1979. Worked with Lynch O’Toole Walsh Architects (1979-86) and then as Project Manager at the Energy Research Group, University College Dublin (1986-91). Director of Group ’91 Architects. He has practised privately since 1991 and has been architect with Tegral Building Products since 1994. President of the AAI (1982-3) and Vice-President of the RIAL (1988). Founder of the Irish DoCoMoMo Working Party in 1991, he has received awards for his architectural work, including the Grand Prix at the Krakow Biennale (1989) and the AAI Downes Medal (1996). He has written widely on architectural subjects and curated the exhibitions ‘Collaboration: The Pillar Project’ (1988) and ‘Tales Prom Two Cities: Emerging Architects in Dublin and Edinburgh’. He has taught at University College Dublin and at the University of Edinburgh.