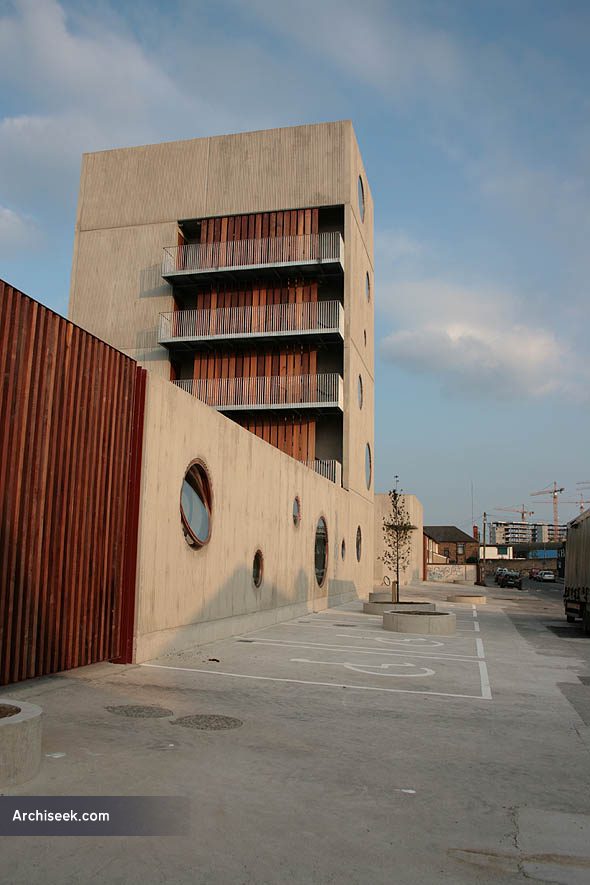 The Sean O’Casey Community Centre, in Dublin Docklands, by O’Donnell + Tuomey Architects, is one of six schemes shortlisted for the Royal Institute of British Architects’ (RIBA) prestigious Lubetkin Prize for architecture. The other projects vying for the prize – for the best international building by an RIBA member – include the National Stadium in Beijing by Herzog & de Meuron, Foster and Partners’ Beijing Capital International Airport Terminal, the British High Commission in Colombo by Richard Murphy Architects, Museum Brandhorst in Munich by Sauerbuch Hutton and the Watercube, National Swimming Centre in Beijing by PTW Architects.

A winner will be announced on Tuesday 16 June 2009 at a reception held at the Foreign and Commonwealth Office in London. The six shortlisted buildings have been visited by Sunand Prasad, president of RIBA, Paul Monaghan, chair of RIBA Awards Group and Tony Chapman, RIBA Head of Awards. They will report to the full jury which includes architect Farshid Moussavi and Tom Dyckhoff of The Times.

The Lubetkin Prize is named in honour of the Georgia-born architect, who worked in Paris before coming to London in the 1930s to establish the influential Tecton Group. It is awarded for the most outstanding building outside the EU by an RIBA member and is chosen from winners of RIBA International Awards.