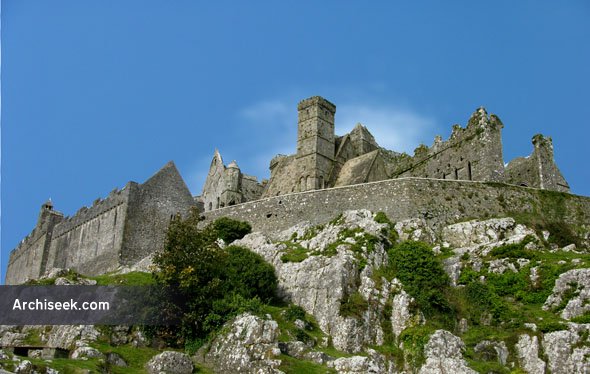 The Rock of Cashel, also known as Cashel of the Kings, is an historic complex of buildings and is one of the most remarkable collections of Celtic art and medieval architecture to be found anywhere in Europe. The earliest of the Cashel buildings is the round tower, a very perfectly preserved 28 metre high example, which dates from c.1100. Its entrance is 12 feet from the ground, inline with other Irish round towers which could be used as a refuge if needed. 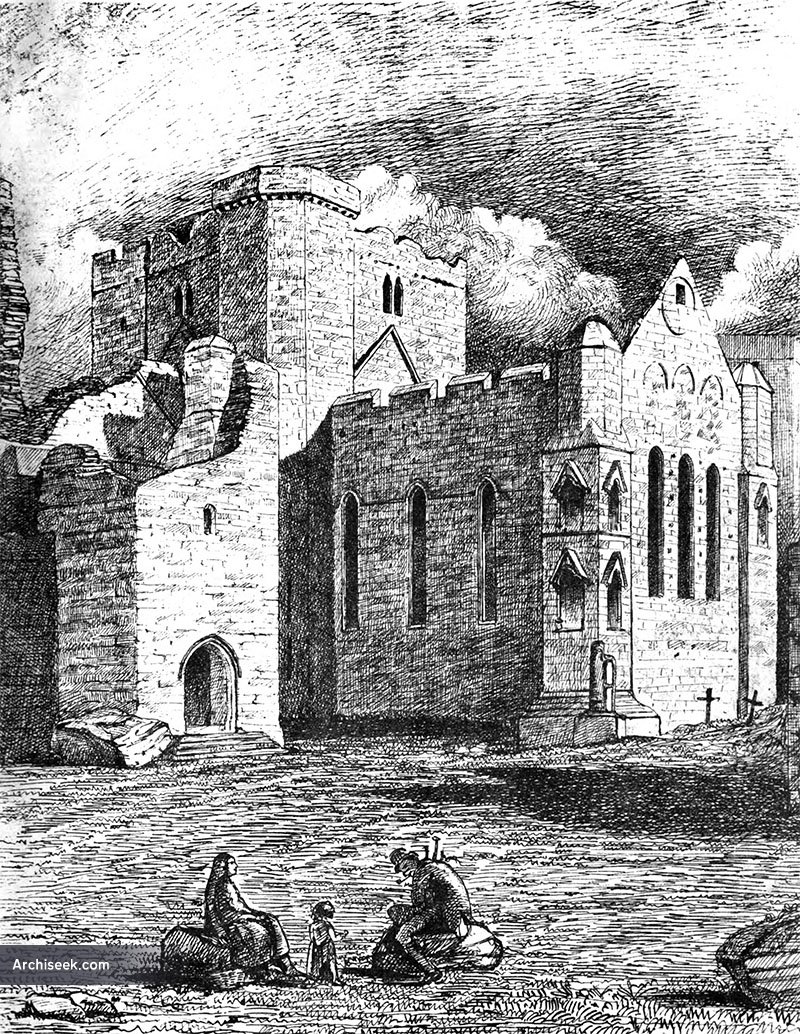 The Cathedral, built between 1235 and 1270, is an aisle-less building of cruciform plan, having a central tower and terminating westwards in a massive residential castle. The Hall of the Vicars Choral was built in the fifteenth century. The restoration of the Hall was undertaken by the Office of Public Works as a project in connection with the European Architectural Heritage Year, 1975. It is now the building through which visitors enter the site.