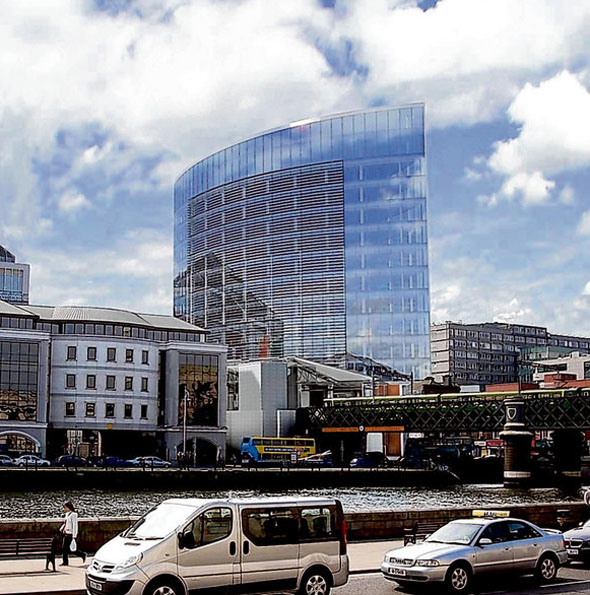 Plans by Iarnród Éireann to build a 60 metre-tall office block at Tara Street rail station, opposite the Custom House in Dublin, have been rejected by An Bord Pleanála. The company had sought permission for the building as part of its €100 million redevelopment of the Dart and main line station, the second-busiest in the country. The project was necessary to cope with increasing passenger numbers, and the office block was essential to the commercial viability of the scheme, the company said.

However An Bord Pleanála has told Iarnród Éireann that the proposed office building, because of its height and scale, would have an adverse effect not only on the Custom House, but the riverscape, streetscape, and the visual character of the city centre.

At 15 storeys, the building would be slightly higher than nearby Liberty Hall and almost twice the height of the Custom House. The development, which includes a glazed three-storey concourse and 10 storeys of office accommodation, has been designed by Canadian architects Adamson Associates with a “grain of rice” or “ship-shape” motif. In a letter sent to Iarnród Éireann last Friday, the planning board has directed that significant changes be made to the scheme if it is to remain under consideration for planning permission.