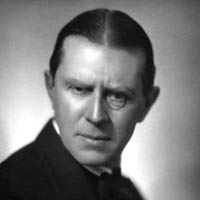 After training as an architect Patrick Abercrombie (1880-1957) became junior lecturer at the Liverpool School of Architecture where in 1915 he became the Professor of Civic Design. This position he retained until 1935 when he became Professor of Town Planning at London University. From 1936 he was also the consultant architect to the Department of Health in Scotland. He was made a fellow of RIBA in 1925 and was Vice President from 1937-39 and was chairman for many years of the Royal Institute Town Planning Committee. He was Knighted in 1945 and was awarded the RIBA Gold Medal in 1946. He also received the Gold Medal from the American Institute of Architects in 1949. He was the winner of the 1916 Civics Institute of Ireland competition on town planning for Dublin which gained him £500 and recognition. He was responsible for the sketch development plan of Dublin produced in 1922 produced on the basis of his competitive designs and a revised report produced in 1941, Sketch Development Plan for County Borough of Dublin and Neighbourhood. He remained a consultant to Dublin City Corporation until after the Second World War. He was also responsible for the 1943 London Plan which recommended the construction of the South Bank Complex – a development which only took place with the decision to build the Festival of Britain on the site in 1948.