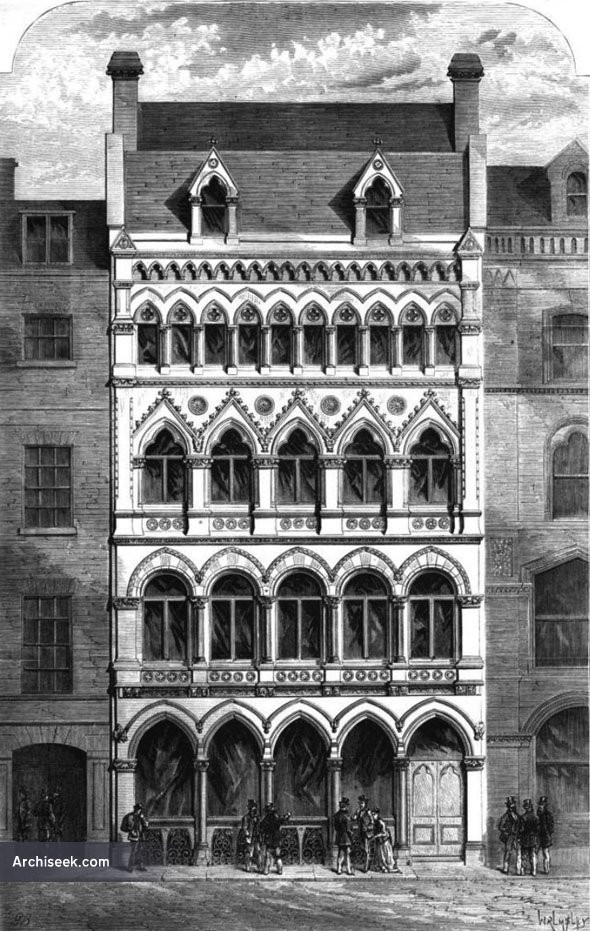 From The Builder March 19, 1870: The building we illustrate is in the course of execution for Mr Travers Smith and has two fronts one in Throgmorton street the other in Austin Friars. The style adopted is Venetian Gothic somewhat modified in treatment to suit the position. The structure consists of basement ground first second third and fourth or attic floors .The basement consists of offices and two double Bets of inner and outer fireproof strong rooms one of the principal inner ones for bullion being lined throughout with steel plates and the whole being fitted with Chubb bank fireproof doors. The ground floor is planned so as to utilise the light right through with the addition of a large well hole in the centre for light and air the base of it being covered with external and internal iron skylights the latter is a wrought iron horizontal light of Gothic design glazed with embossed glass adequate provision being made for portions of the light to open with concealed machinery. The whole of the glazed screens and lobbies are executed in wainscot French polished of Gothic character and glazed with embossed plate glass of diaper pattern.