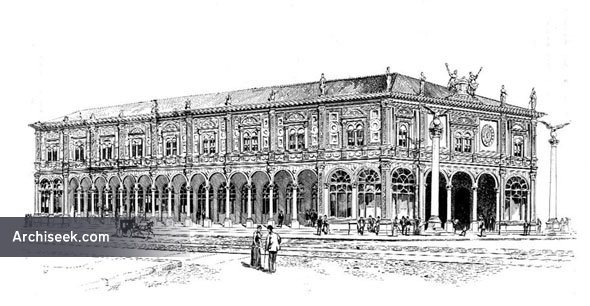 Built in 1895 to the designs of architect Stanford White but was demolished in 1921. Minerva, the Bellringers and Owls by Antonin Jean Carles, which originally graced the building which gave the square at Sixth and 33rd its name. Every hour on the hour, Stuff and Guff ring the big bell. The statues were moved to Herald Square when the Herald building was torn down.