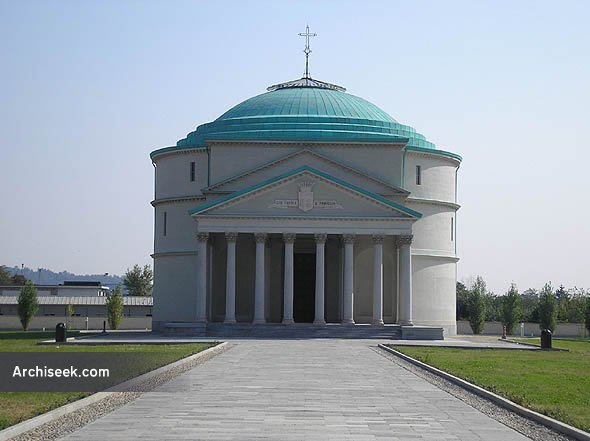 Bela (beautiful) Rosin’s mausoleum, the last resting-place of Rosa Vercellana, Vittorio Emanuele II’s morganatic wife, is a neoclassical mausoleum, iwith a circular plan of 16 metres diameter, and as much in height. The front is decorated by 16 columns 5 metres high. Eight of these columns make up the colonnade of the façade, while the other columns, which are placed on two rows at the back, make up three short naves, two of which end in niches.

It was created by the sons of Rosa Vercellana, after their mother’s death, when the Savoy family refused to bury her next to Victor Emmanuel II of Savoy, first King of Italy.