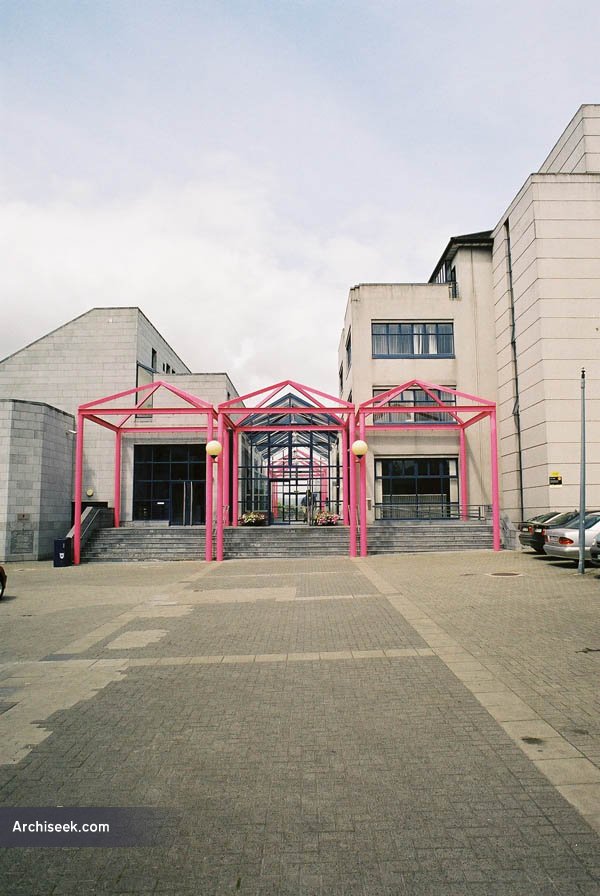 The offices of Limerick City Council are a relatively new development on the site where the old Courthouse and city gaol once stood. It was the first building to implement the new policy of orienting buildings towards the Shannon. The former city gaol occupied this site until it was demolished in 1988 but most of its eastern façade has been retained and incorporated within the fabric of the modern civic offices. There is a riverside promenade extending northwards behind City Hall.