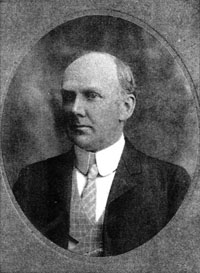 Leonard Stokes was born in Southport in 1858. He trained in London and travelled in Germany and Italy. Most of his designs were for Roman Catholic buildings, including churches, convents and schools. His first outstanding work was the Church of St Clare, Liverpool. He also designed country houses and around 20 telephone exchanges. In 1919 he was awarded the Gold Medal of the Royal Institute of British Architects. He died in 1925 in Chelsea.