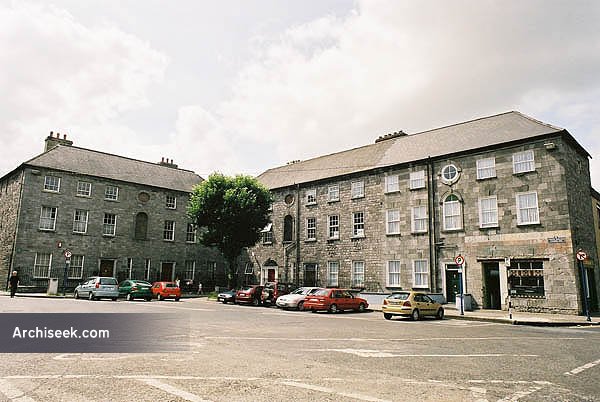 Limerick was still a fortified city when John Pardon and Edmund Sexton started work on the building of New Square, now known as John’s Square. This development designed by Francis Bindon, cost £630, was begun in 1751 and not finished for a decade. It was Limerick’s first taste of fashionable urban architecture and civic space, and was to test the local gentry on their taste of townhouses. The development consists of two L-shaped blocks of houses built in local limestone.