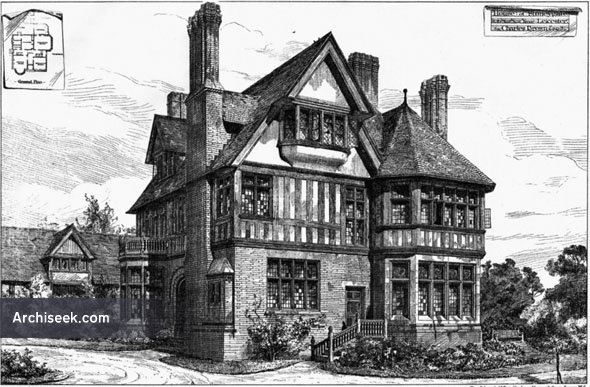 Isaac Barradale FRIBA (1845-1892) was a leading architect in the Arts & Crafts movement in Leicester and the East Midlands in the latter part of the 19th century. He was responsible for the design of many private houses in and around Leicester and a number of commercial buildings, He was regarded by Pevsner as arguably the finest architect of the Arts and Crafts movement in the country.

He was articled to William Flint and set up his own business in 1870. Barradale had an important influence on the appearance of Leicester especially in Stoneygate where he popularised the English Domestic Revival Style for housing. It was Barradale to whom Ernest Gimson, the nationally-known architect and furniture maker, was articled between 1881 and 1885. Barradale’s ‘Leicester Style’ was characterised by tall gables, rough cast walls, heavy timbering and small-paned windows.