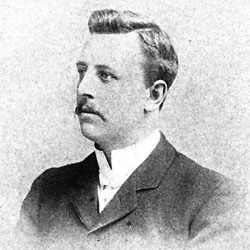 Born in Scarborough, North Yorkshire in 1861. Articled to Charles A. Bury of Scarborough from 1876 to 1880. He attended Alelier Gluain and the ecole des Beaux Arts, Paris in 1881 and was in the office of Zephaniah King and Richard Harris Hill from 1882 to 1890, being awarded the Ashpitel Prize in 1886 and elected to ARIBA in 1887. Hare commenced independent practice in 1887 and was associated with Thomas Davison. He was in partnership with Bertram Edwin Lisle up until his death and the practice then continued as Henry T. Hare & Bertram Lisle.

Hare was architect of the much admired Oxford Town Hall and former Central library. He was the most prolific public library architect of this period. His first library commission was the Hoxton Library in 1898 and in the period 1904-1909 he was responsible for Hammersmith & Islington Central Libraries and Islington North Branch Library. Outside London he was responsible for the Public Libraries at Wolverhampton and Southend (now a museum), Harrowgateand the Municipal Buildings at Crew. Hare also designed the new buildings of the University College of North Wales, Bangor, on Penrallt overlooking the city. Hare’s design incorporated sandstone from Cefn, near Ruabon, and slate from the Preselau, Pembrokeshire. The new buildings were officially opened on 14 July 1911 by the Prince of Wales, the day after his investiture at Caernarfon Castle.

He considered that “Every building should be a worthy landmark to the district where it is built, and should impress itself on the passer-by as a dignified expression of the public spirit which has promoted its erection”. His trademark is an etching or carving of a hare which he included in every building.

Hare was President of RIBA from 1917-1919 and President of the Architectural Society in 1902. His trademark is an etching or carving of a hare which he included in every building.