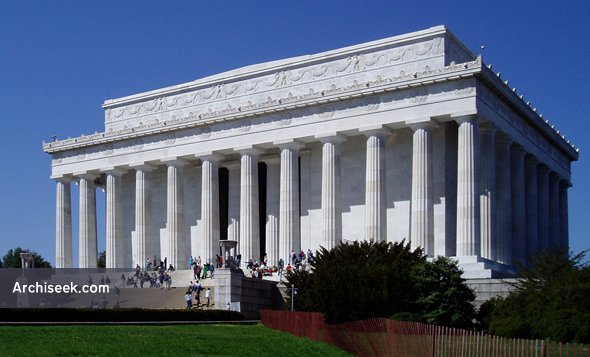 A distinguished architect, died in New York City, February 16, 1924. He was born at Watseka, Illinois, in 1866. In 1889 he won the Rotch Traveling Scholarship, which enabled him to study architecture in Europe for two years, most of which he spent in Italy and Greece. He returned to the United States in 1891, and re-entered the office of McKim, Mead & White, which he had left for his European study. From 1897 to 1903 he was a member of the firm of Bacon & Brite, and since then had practiced alone. He designed the beautiful Lincoln Memorial at Washington, D. C., and among the other buildings which he designed were the Paterson, New Jersey Public Library; the Eclectic Society Building, Middletown, Connecticut; the Pope Building, Cleveland, Ohio; the Naugatuck, Connecticut Railway Station; and the Waterbury, Connecticut General Hospital. He also designed pedestals, exedras and other settings for sculpture, working in collaboration with Augustus Saint-Gaudens, Daniel Chester French, and other well-known sculptors. He was a Fellow of the American Institute of Architects, a National Academician, and a member of the National Institute of Arts and Letters, and the American Academy of Arts and Letters. On May 18, 1923, the Gold Medal of Honor of the American Institute of Architects was awarded to Mr. Bacon by President Harding. The presentation was made on the steps of the Lincoln Memorial and was preceded by a brilliant pageant.