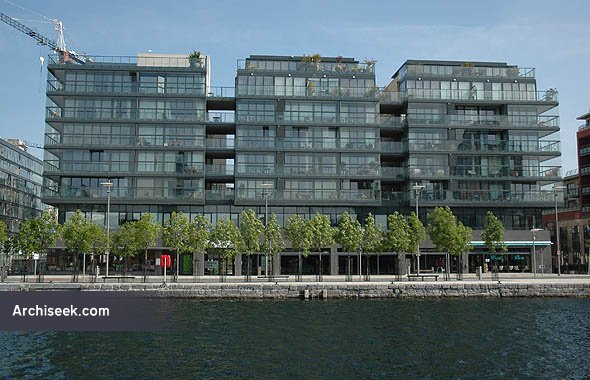 Architect James Pike, who has been in practice for more than 40 years, was presented last night with Ireland’s premier housing design award for a mixed-use development in Dublin’s Docklands. The Royal Institute of the Architects of Ireland Silver Medal was awarded to O’Mahony Pike Architects for Hanover Quay, described as “a model for integrated, high-density urban regeneration”. Commissioned by Dublin Docklands Development Authority, the scheme occupies a former gasworks site located between Hanover Quay on the Grand Canal Docks and Sir John Rogerson’s Quay on the Liffey. It combined retail and commercial uses with 292 new homes, including family-orientated houses and apartments. Some 20 per cent of the residential space is social and affordable housing.