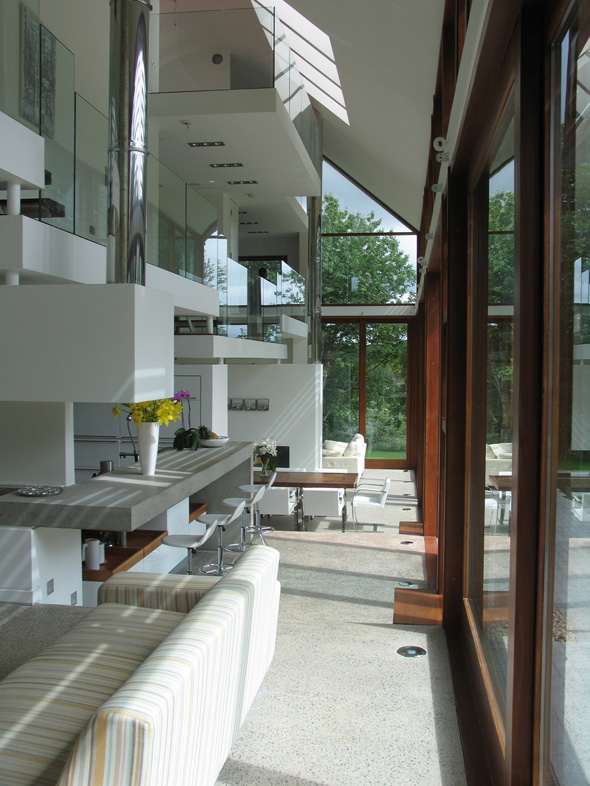 The Royal Institute of British Architects (RIBA) has announced the winners of the 2009 RIBA Awards. RIBA Awards for architectural excellence will be presented across the UK today with 103 buildings in the UK and Europe winning awards (97 in the UK and six in the rest of the EU). Two projects in Ireland were honoured: Burren House, Dublin by Niall McLaughlin Architects; and Wexford Opera House by Keith Williams Architects.

The RIBA Award-winning buildings range from an Observatory at Kielder in Northumberland to the Liverpool One regeneration and retail masterplan, from a private house at Dungeness to Wexford Opera House in South East Ireland. Health centres, notably for Cancer, are well represented here as are retail buildings in their many forms, including John Lewis in Leicester and the Reiss and Monsoon headquarters in London. Seaside buildings and regeneration projects also feature in various guises. The architects whose work has been honoured this year range from small practices to large, international ones. There are also some multiple winners such as Allies and Morrison (4 awards), Hawkins/Brown (3 awards), BDP (3 awards), Niall Mclaughlin Architects (4 awards) and Penoyre & Prasad (3 awards).

RIBA President Sunand Prasad said about the 2009 RIBA Award winners: “The RIBA Awards are a thermometer to indicate the state of health of British architecture and for 2009 the results are good: both quality and quantity have been maintained. This year’s list accurately reflects both the diversity, and the workload of UK architecture, with more schools and health buildings than usual winning awards. It is particularly heartening to see more schemes that are about regenerating our cities, towns and countryside. These awards, which are judged on a regional basis, reflect and reward the good things that are going on all across the UK, and they also form the basis of what promises to be another interesting year for the RIBA Stirling Prize.”